In this article, you will learn some basic concepts and key terms related to computers. It will serve to prepare you for future articles in which you will learn actual practical things.

Who is this for?

This guide is for the absolute beginner. It assumes only that you have a computer, know how to read, and are willing to experiment a bit with something new and possibly very foreign.

There are many different types of computers. Some are highly specific, for instance, devices used to control electronic systems in cars. Others are more multifunctional, like a laptop or a smartphone. These can serve a wide range of purposes, from writing dissertations, through reading the news, to sharing pictures of food on social media.

A server is a type of computer that users (you and I), don't usually interact with directly. A server is a type of computer that other computers communicate with. It does not have a keyboard or a screen attached to it, and it usually resides in an air conditioned room, in a special building called a Data Center. These computers do not look like laptop or desktop computers, as they are not designed to sit on a lap or a desk. They are "rack mounted", that is, they are designed to be mounted in racks, which are metal cabinets designed solely for the purpose of hosting these machines.

Here are some servers in a data center: 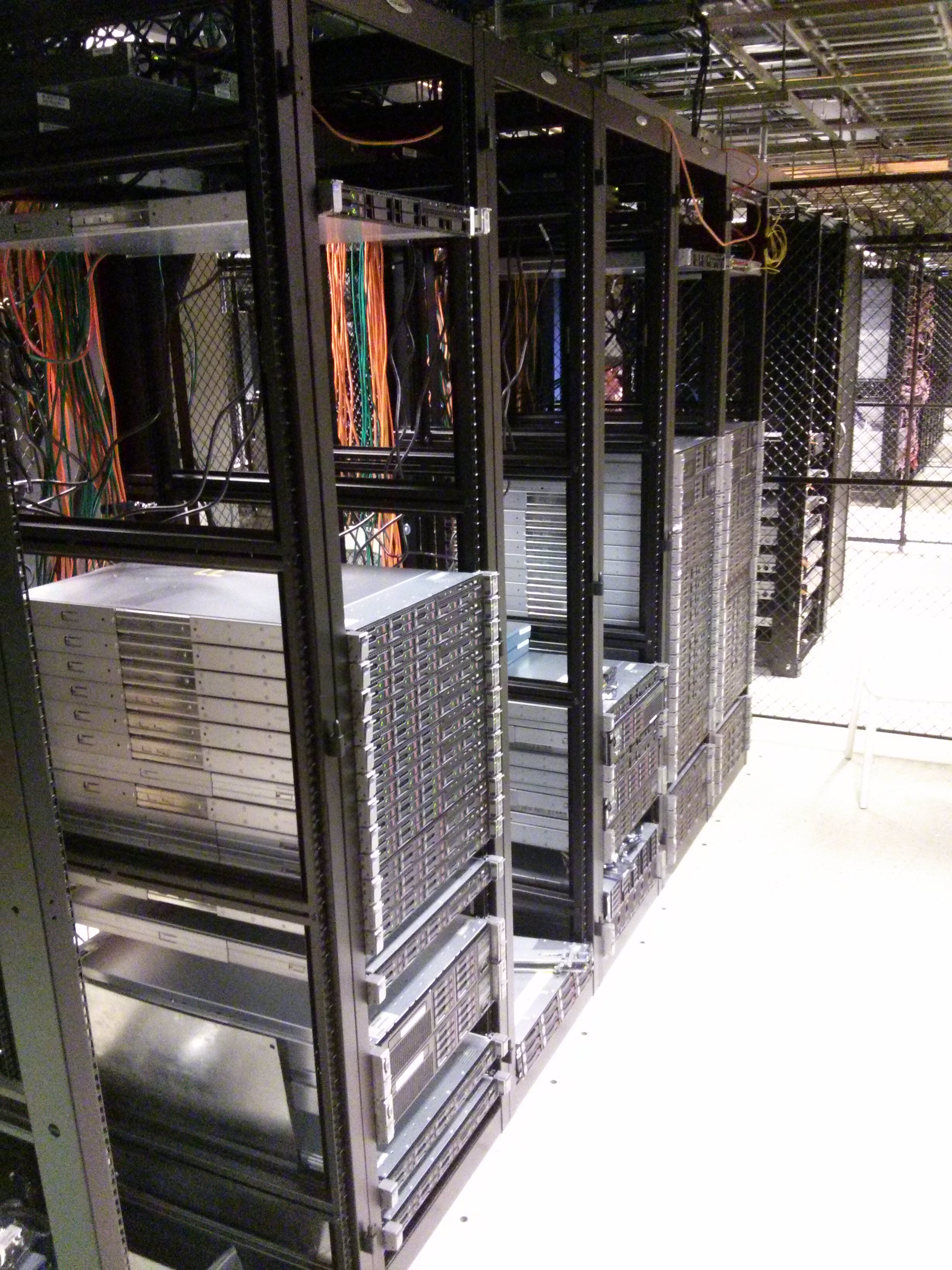 I was part of the team that installed these servers in 2015. 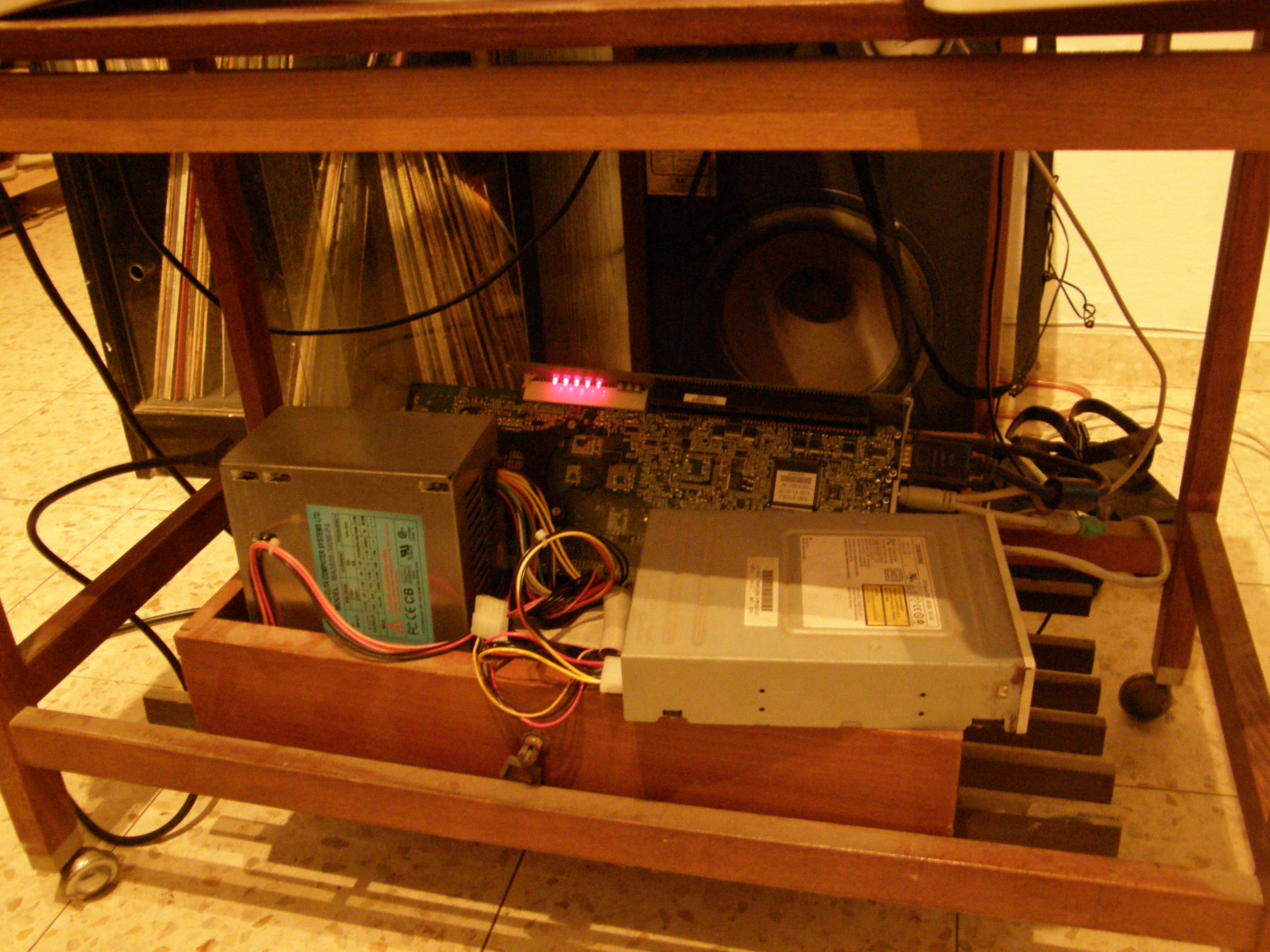 This was a server put together in a hurry, as part of a side project in 2007.

Hardware refers to physical objects. These objects are the parts we interact with, like keyboards and screens, and also the electronic bits and pieces inside of devices, like microprocessors and memory chips. The details about these elements are outside the scope of this article (and not important right now).

Much like conventional human languages, like Chinese or Amharic, programming languages can differ in style and syntax, and much like our languages, they can be used to convey the same ideas. "Pass the salt please" would be expressed very differently in Arabic and in Norwegian, but they both mean the same thing and will hopefully achieve the same result.

Below are two snippets of code. Don't be alarmed! There is no need to be concerned with the details of these examples just yet, they are here only for illustrative purposes. C and Python are examples of popular programming languages.

Even though these two programs look very different, they will do the same thing, namely, print out the phrase "Hello, World!" when run.

Programming languages use words from English and assign special meaning to them.

In addition, punctuation marks and braces are utilized extensively.

Finally, characters that are fairly unique to programming, that are not typically used in human languages, are employed, such as:

A couple of examples of these special characters that have made their way into our everyday vernacular in an odd feat of digital culture are the "at" sign, or @, and the "hashtag", #, also known as the pound sign.

The text of the programs we write is called code. There is much more to say about software, however, this will suffice for now.

As you just learned, computers do things based on instructions (software) given to them by humans. The Operating System is a fundamental piece of software that enables us (developers, operators, users) to make use of the computer. Without an operating system, or OS for short, a computer is just a hunk of plastic and metal.

Examples of operating systems include:

The OS I care about the most, and will focus the vast majority of my writing about, is Linux. I will go into detail about this choice and its meaning later on. For now, I will only add that there are practical, as well as ethical and political reasons for this.

It is important to mention a special kind of software, known as firmware. Firmware is a kind of code that is built-in, or embedded, into the hardware. There is no need at this point to know much about it, other than that it exists.